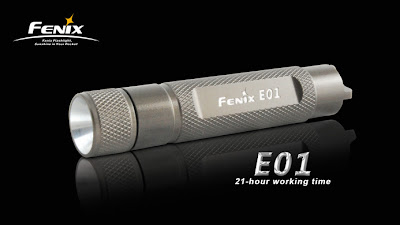 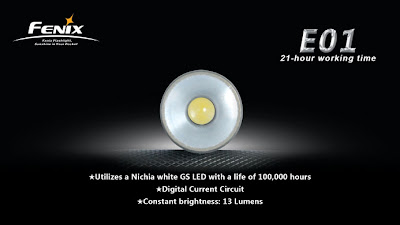 I just acquired a Fenix E01 Flashlight in Taipei for 400 NT (US $13). The Fenix E01 Flashlight is a 1AAA flashlight barely larger than the single AAA cell that powers it. This makes it ideal for EDC or Every Day Carry. It features an astonishingly bright LED bulb that lasts over 11 years. It does not dim as the battery runs down. Instead, digitally regulated electronic circuitry maintains constant brightness throughout the life of the battery. Now how neat is that?

Years ago I owned a Mini Maglite 2AA Flashlight, in addition to a large police use Maglite 5D Flashlight. Maglite was then the pioneer of high tech aluminum alloy flashlights. As its official website boasts:

Often referred to as "A Work of Art That Works®", the Maglite® and Mini Maglite® flashlights have been honored by the Japan Institute of Design and by the Museum for Applied Art in Germany. Fortune and Money magazines ranked Mag Instrument® products among the top 100 products that "America makes best". In 1996, the Wall Street Journal referred to the Maglite® flashlight as "the Cadillac of flashlights", and quoted then-CEO of Apple Computer Gilbert F. Amelio as saying he wanted Apple to be "essentially the Maglite® of computers".

But that was then. This is now. Later rivals have since left Maglite behind in the dust. The Maglite Solitaire, a 1AAA incandescent flashlight is cheaper at only US $5. But in terms of performance it does not begin to compare. Among these rivals are Arc Flashlights, Fenix Flashlight, and Inova/Nite Ize. Arc and Inova are US based brands. Fenix is a mainland China based brand that, to borrow a advertising slogan from Taiwan, is "very well Made in China." As its official website explains:

Progress is rooted in dissatisfaction. A group of young men, passionate about high quality illumination, grew increasingly dissatisfied with the mediocre flashlights on the market. These inferior devices had substandard construction and poor attention to detail. The young men organized a group of professional engineers to head their machining, electronics, and design departments. Together they founded FenixLight Limited. The marriage between ingenuity and craftsmanship led to lighting devices held in high regard the world over. 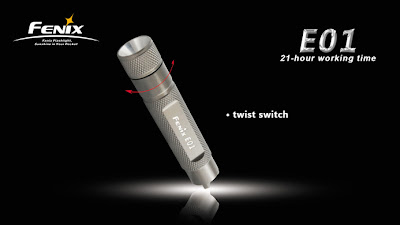 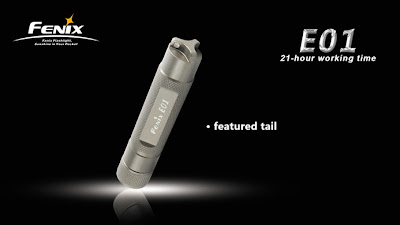 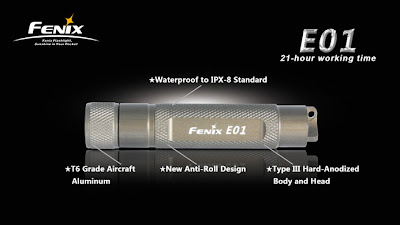 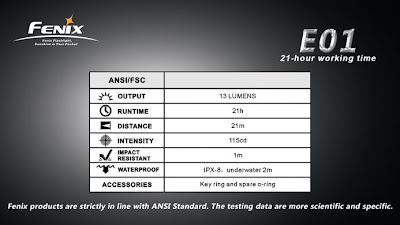 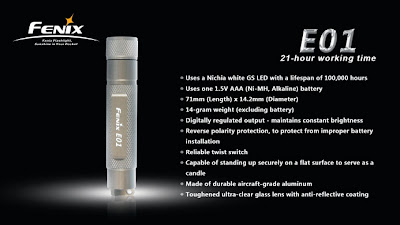 I purchased my Fenix E01 from Ray Gue Hua Knives in Taipei:
http://www.rghknives.com.tw/product_info.php?products_id=6002
Posted by Bevin Chu at 9:10 AM No comments: