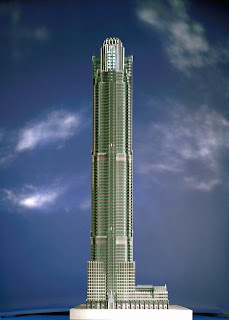 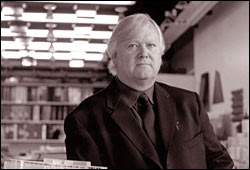 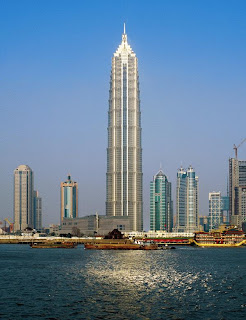 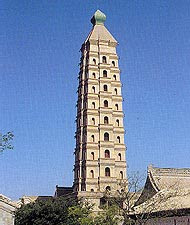 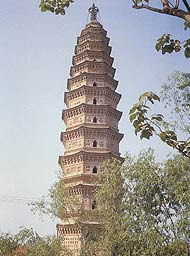 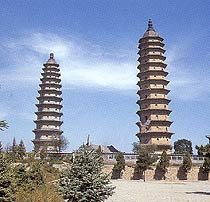 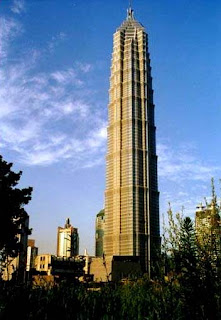 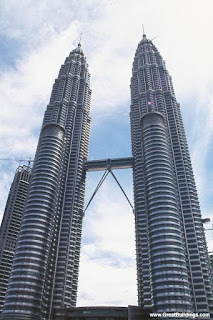 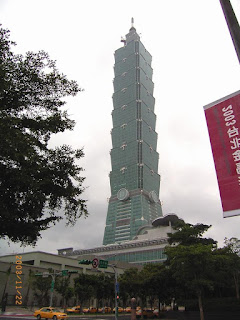 A previous article explored reasons why the nearly completed Taipei 101 Building is not a well-designed high-rise skyscraper.

This article examines two examples of far superior modern skyscraper designs, inspired by an Asian architectural precedent, the pagoda. Considering that the pagoda is among the oldest forms of high-rise tower in the world, modern high-rise towers based on the pagoda make perfect sense.

The Jinmao Building and the Petronas Twin Towers are superior to the Taipei 101 Building. They are superior because they embody the same visual characteristics as the Chrysler and Empire State Buildings: vertical continuity, vertical emphasis, and progressive setbacks. In the Jinmao and Petronas buildings the continuity of the primary building mass is maintained from top to bottom, allowing one to experience the building's full height. Collectively, the building's design elements underscore the building's vertical axis over its horizontal. The floor plans step inward, diminishing in size as the building ascends, giving dramatic emphasis to the building's height.

Taipei 101's lack of vertical continuity, on the other hand, is a much more serious matter. Taipei 101's tower is broken into sharply segmented "canted sections." These canted sections look like discrete blocks stacked precariously atop one another, ready to topple over any moment.

To make matters worse, the shape has an undesirable pop iconographic connotation. As one coworker noted, Taipei 101 looks remarkably like a vertical stack of Chinese takeout food cartons. Earlier schematic design sketches reveal that Taipei 101's designers became enamoured with this arbitrary shape starting day one and never wavered. They were presumably unaware of this unwelcome iconographic connotation, one that could make Taipei 101's image less appealing.

Those knowledgeable about the sorry state of architecture in modern China may notice the irony. Taipei 101 architect C. Y. Lee is one of the few architects on Taiwan who is making an effort to integrate traditional Chinese architectural motifs into modern architecture. Unfortunately, Lee has never quite figured out how to pull it off. By grafting grotesque and historically inauthentic "Chinese" ornament onto otherwise modern buildings, Lee is truly barking up the wrong tree.