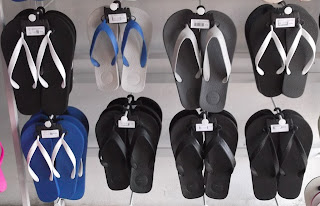 iPANEMA Men's Flip Flops on display in store in Brazil

The iPANEMA flip flops I purchased online have just arrived in the mail.

As it turns out, I was right. iPANEMA flip flops are indeed manufactured to a higher degree of precision than Havaianas.

I know. The term "precision" is probably overkill. After all, we are talking about flip flops, not lathes or milling machines. They are hardly "precision" items. Nevertheless, the differences are highly visible, and do in fact matter.

iPANEMA soles appear to be injection molded. As a result, the edges of the soles are slightly radiused and smooth.

Havaianas soles appear to be stamped out of rubber sheets, the way cookies are cut out of a flat sheet of cookie dough with a cookie cutter. As a result, the edges of Havaianas soles are slightly rough. That's no biggie. 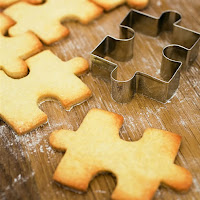 What's worse is that they are often visibly warped. They were probably not allowed to cool off properly during the manufacturing process. The iPANEMA Flag flip flops I just received in the mail have perfectly flat soles. But the Havaianas TOP flip flops I recently passed on in two Taipei chains had obviously warped soles.

Some critics of flip flops insist they are harmful because the wearer will unconsciously curl his or her toes to keep them from falling off. They say this causes muscle strain. I doubt that the strain is all that great. But even if these critics are correct, flip flops with slightly shorter, tighter-fitting straps would not have this problem.

Now all that remains is to see how durable iPANEMAs are. If they last at two years before a strap breaks, I will not complain. I wear flip flops everywhere, almost all year round. By then I will have gotten plenty of wear out of them.

iPANEMA flip flops share one trait with Havaianas. They have nearly identically shaped, highly asymmetrical footbeds. The toe region of the flip flop is very obviously skewed to one side, in the direction of the big toe. That is how it should be. Because that is the way most peoples' feet are shaped. When Havaianas and iPANEMA designed their flip flops, they clearly studied human feet before arriving at these highly asymmetrical footbeds. What's interesting is that this not only works better, it also looks better. 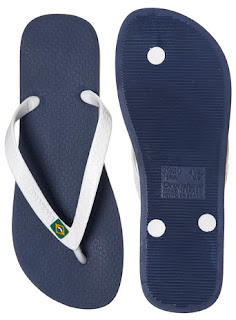 iPANEMA Flag Men's Flip Flops Navy/White
Note the pronounced left/right asymmetry in the toe region? That is how it should be.

This highly asymmetrical footbed shape distinguishes both iPANEMA and Havaianas flip flops from the ultra cheap foam rubber zoris sold in drug stores in the US during the 1950s, and the somewhat higher quality current reincarnations sold by Old Navy. 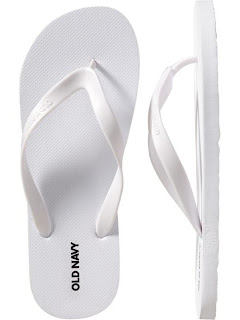 Old Navy Men's New Classic Flip-Flops White
Note the misguided attempt to reduce left/right asymmetry in the toe region? That is a mistake.

Those were "designed," if that is the right word, by people who allowed their preconceptions about the shape of the human foot to trump reality. They unconsciously attempted to impose an artificial left/right symmetry in the toe region. I'll be the first to acknowledge that the difference is subtle. Non-designers probably have a hard time seeing it even after it is pointed out. But the attempt to reduce asymmetry and to impose artificial symmetry is wrong. The human foot is not symmetrical. It is decidedly asymmetrical.
Posted by Bevin Chu at 7:31 PM No comments: